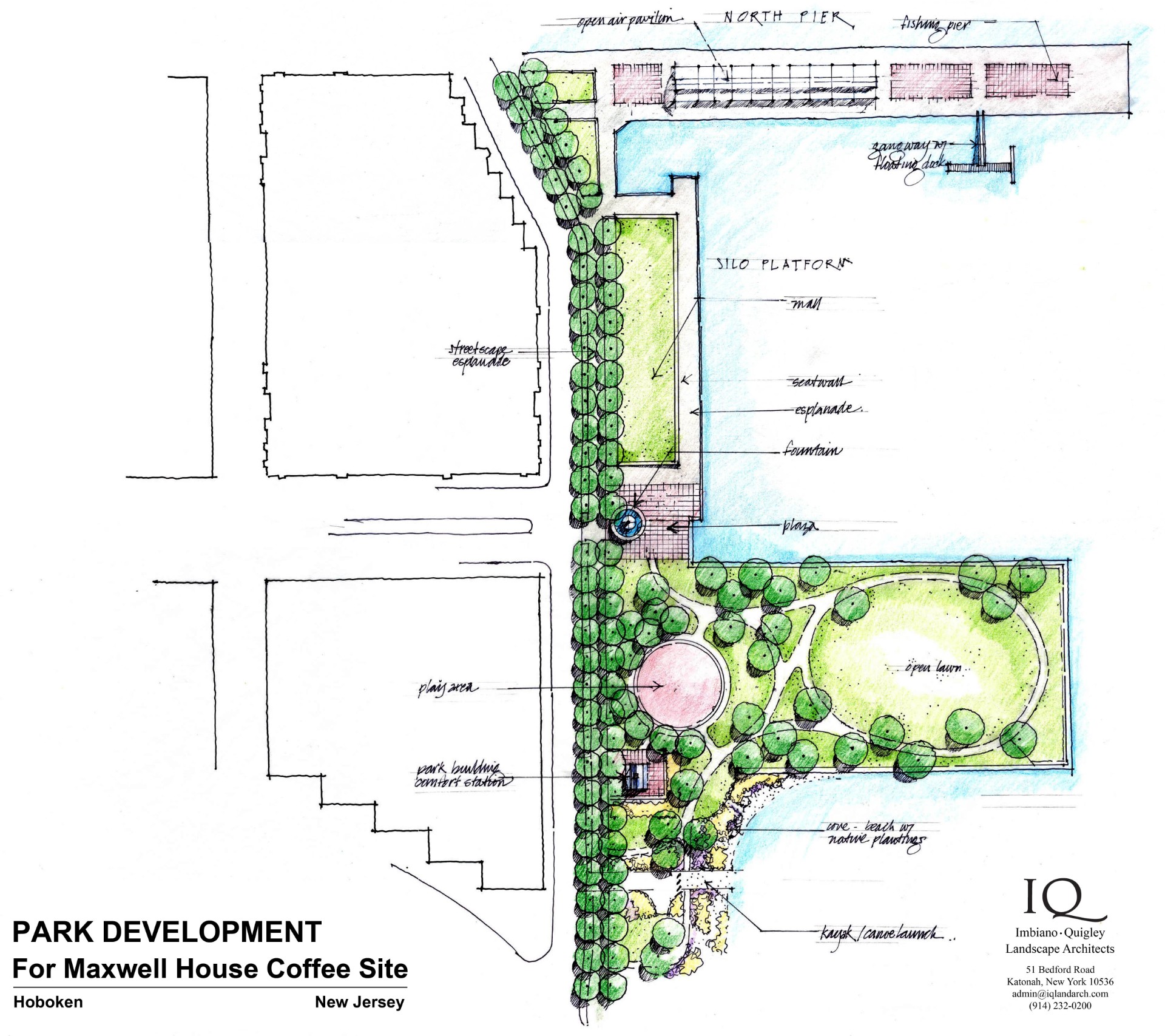 In a unique land conservation arrangement orchestrated by the Fund for a Better Waterfront, the owners of the former Maxwell House Coffee plant offered to donate one-third of their 14-acre site for a public, waterfront park. After a year of negotiations in 2001, FBW drafted a rare agreement with the developers ensuring they invest an estimated $9.5 million in the construction of a 5-acre waterfront park whose quality would be unrivaled on the New Jersey side of the Hudson River.

FBW’s planner, Craig Whitaker, teamed up with landscape architect John Imbiano to design a park that maximizes the amount of open space available to the public. FBW hired Andrew Strauss, formerly of the Trust for Public Land, to ensure the land transaction would qualify as a charitable contribution with the IRS. In the end, Hoboken Planning Board approval included a condition to donate the public park land to the City of Hoboken rather than to a land conservation trust.

When Maxwell Place Park opened in 2007, it was clear that the City had failed to hold the developers to the high design standards originally drafted by FBW’s team of professionals. Nevertheless, Hoboken gained a 5-acre public park and a critical link in Hoboken’s continuous waterfront park.