The Metropolitan Waterfront Alliance (MWA) has named Fund for a Better Waterfront (FBW) one of 2014 Heroes of the Harbor for FBW’s “Plan for the Hoboken Waterfront” at a special ceremony during today’s prestigious Waterfront Conference in NYC.

According to Ron Hine, FBW Executive Director and a founding member, “This award validates our mission, which is solely focused on ensuring an enduring, sustainable New Jersey waterfront park that belongs to the public and is built upon sound, responsible planning and time-tested urban design.” Hine, who accepted the award along with three FBW trustees, also was a panel member at the Waterfront Conference.

MWA’s 2014 Waterfront Conference attracts more than 600 waterfront advocates, government officials, scientists, engineers, environmentalists and community activists. This year, participants explored progress on waterfronts throughout the region over the last 12 months with a special focus on the grassroots, community-based waterfront plans developed before and after Superstorm Sandy as well as an early look at the de Blasio Administration’s approach to waterfront policy. The day-long event took place on a Hornblower Infinity cruise around New York Harbor.

In addition to FBW, four other organizations were cited as heroes of the harbor. Roland Lewis, President and CEO of Metropolitan Waterfront Alliance, noted that: “The popularity of the conference is an indication of its wide-ranging impact on forming progressive harbor policies and initiatives,” adding that, “we must listen to [these] heroes and learn from them.” The other organizations were: Ironbound Community Corporation’s “Newark Waterfront Park Plan”; Rockaway Waterfront Alliance’s “Greater Rockaway: 2020 Waterfront Vision”; Green Shores NYC’s “Waterfront Vision Plan”; and Harlem River Working Group’s “Our River Our Future.” 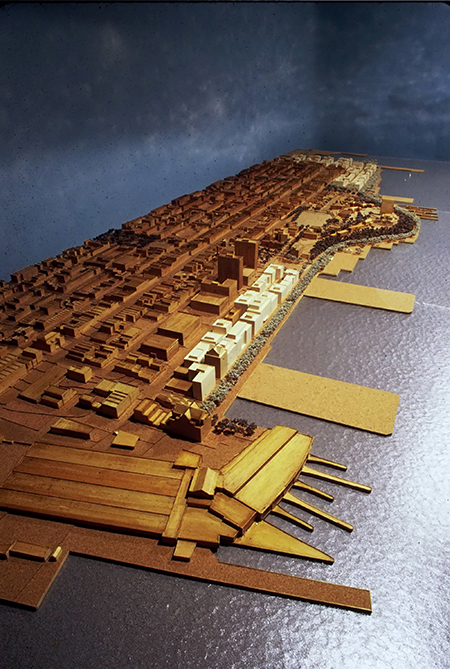