Executive Director Ron Hine, a founding member of FBW, currently serves as its Executive Director. He helped lead the successful 1990 and 1992 Hoboken waterfront referenda that defeated an ill-conceived development scheme for Hoboken’s South Waterfront. He then led the organization as it developed its own plan for the waterfront, the centerpiece of which is a continuous, public waterfront park that is today largely built. He has been instrumental in forming a number of other nonprofit organizations including People for Open Government in Hoboken. His work over the last four decades includes extensive experience working with nonprofits, government agencies and community based organizations throughout Hudson County, New Jersey and in New York City. He began his working career in the 1970s as a community organizer.

Program Director Heather Gibbons first learned of FBW in 2000 as a tenant organizing for a waterfront park along the towering cement canyons of Newport, Jersey City. She became an FBW Board Member in 2001, and moved to Hoboken in 2004, where she continues to live, work and raise her two boys and dog, Wyatt. Heather’s early background is in non-profit development, where she worked for organizations including The Whole Theater, Habitat for Humanity, and MADRE. In 1996 she took a video production workshop with Downtown Community Television, beginning a career in film and television production. She started Paddy Films in 2001, intent upon capturing personal stories in the video biographies of families. In 2017 she left the FBW board in order to work part time as Program Director for FBW.

Diane Thibault is a graphic designer assisting FBW with designing marketing materials. As the Arts Director of Greene Street Creative, she has led a wide variety of projects from branding, brochure systems, exhibition and environmental graphics to web design and digital campaigns. Modern, clean and timeless, her aesthetic is grounded by the belief that good design enhances the world. Notable clients are Knoll, the Guggenheim Museum and Crate & Barrel. For twenty-five years, Diane has used her design and typography skills to create highly readable, captivating work that distills the essence of the client’s message into a variety of ever evolving graphic media. 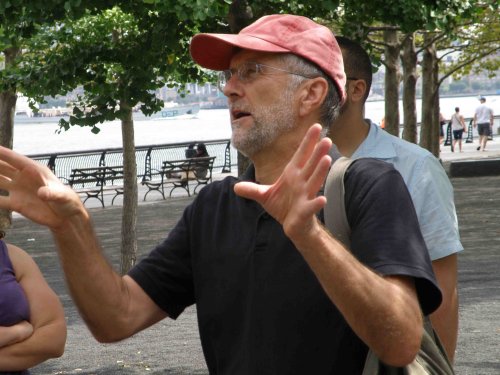 FBW BOARD OF DIRECTORS