Craig Whitaker is an architect, urban planner and professor of urban design. He is the principal of Craig Whitaker Architects based in New York City. Mr. Whitaker authored Architecture and the American Dream, a book published in 1997 that analyzes American cultural values and their impact on our architecture and cities. His recent design projects include preparation of a self-sustaining reuse plan for Governor’s Island, New York, and a proposed plan for the World Trade Center site that restored some of the former street system and created a mixed-use development. For a fifteen year period, he was the principal architect of Westway in New York City, a multi-billion dollar waterfront project that, if built, would have added the most public parkland to Manhattan since the creation of Central Park.

For eighteen years beginning in 1988, Mr. Whitaker, as an adjunct professor, taught urban design at the Graduate Planning Program, Robert F. Wagner School of Public Service at New York University. He received his Masters of Architecture from Yale University in 1965. 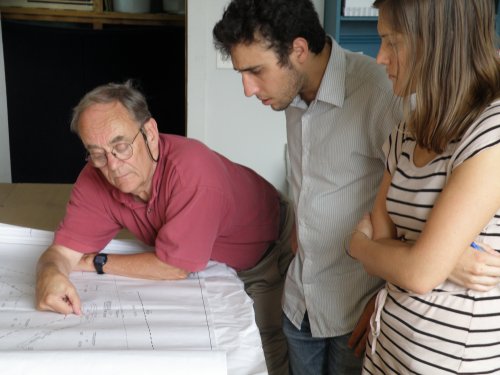