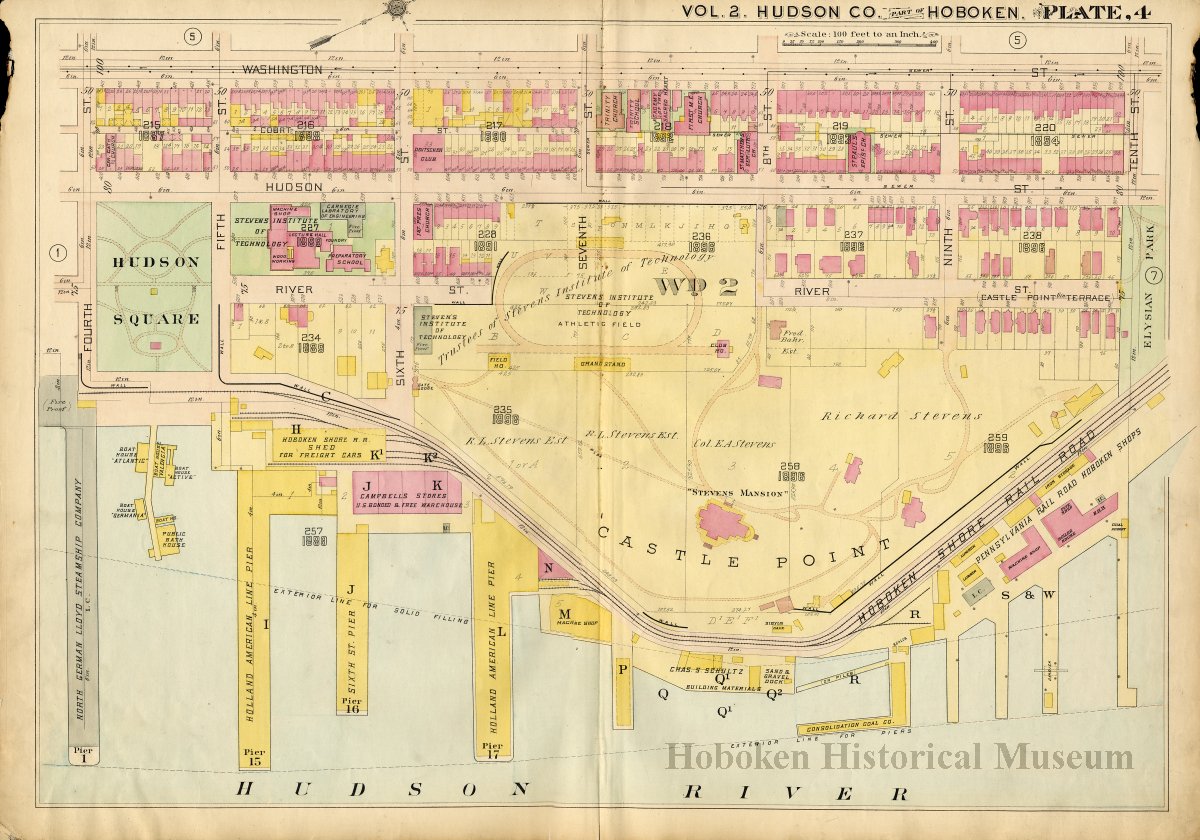 It began with a plan. In 1804, Col. John Stevens hired surveyor Charles Loss to create a plan for the new City of Hoboken. Col. Stevens owned 564 acres that would become much of the city as it is known today. This plan was referred to as the Loss Map of 1804.

The Loss Map delineated Hoboken’s streets and the blocks and lots for private development. It also designated the town’s first two public parks, twin parks bounded by Fourth and Fifth Streets. Hudson Square, now known as Stevens Park or Fifth Street Park, was east of Hudson Street and came down to the Hudson River. The other park, later to be named Church Square Park, was between Garden and Willow Streets.

By 1855, Hoboken became a City by an act of the New Jersey legislature. In the same year the City of Hoboken adopted a charter that included the designation of these two parks, Hudson Square and Church Square, both roughly equal in size, over three acres each. As the City grew, the plan for the City was revised, adding new streets, block and lots, plus Elysian Park and, later, Columbus Park developed by Hudson County.

The first improvements to these parks were completed in 1873 for Church Square Park, 1875 for Hudson Square and 1899 for Elysian. All three of these public spaces were laid out as Victorian parks typical of that era.

By the turn of the century, pictures of Hudson Square (Stevens) Park show it sloping down to the Hudson River. The views to the river were protected through an agreement that the City made with the Hoboken Land and Improvement Company in 1889. A 1909 map of the area shows a long narrow pier in front of the park with a public bath house at the end and five boating clubs: including the Atlantic, Valencia, and Germania. 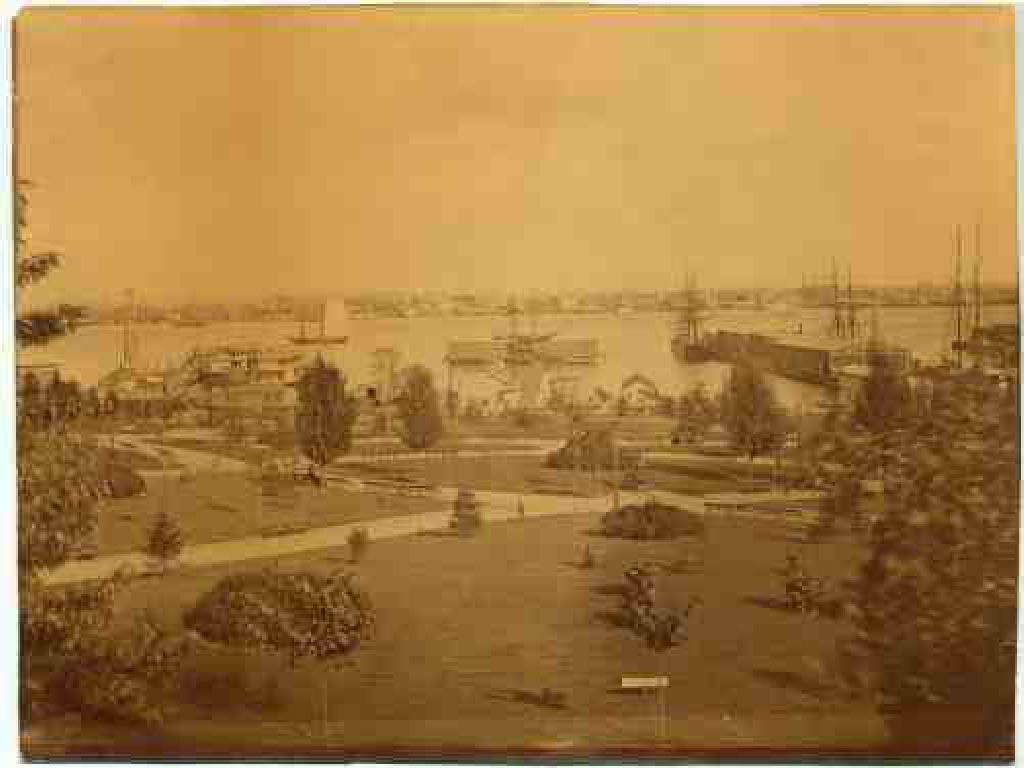 At that time, waterfront industries began the intense expansion of operations at the Hoboken riverfront. By the early 1900s, the Hoboken Shore Railroad and other companies laid tracks along the waterfront, causing the southeast corner of Hudson Square Park to be usurped for the bustling waterfront port. Today, Fourth Street loops around, connecting to an overly-wide Sinatra Drive heading north, following the path of the old rail lines.

Not until 1994, with the dedication of Sinatra Park, was Hoboken able to reclaim a portion of its waterfront for a public park. Several years later Pier A Park and then the waterfront promenade from Newark to Fourth Streets were added. With this additional parkland, Hoboken had doubled the acres of park available to the public.

In the 1800s and first half of the 1900s, the mapping and platting of streets, block and lots, and parkland was routinely executed by municipalities to ensure the orderly development of American cities. Today, this fundamental concept has been lost on most public officials.

For the past 20 years, the Fund for a Better Waterfront (FBW) has sought to restore and/or extend Hoboken’s original street grid to the waterfront, thus creating Hoboken-size blocks for new private development and a clearly delineated, continuous public park along the Hudson River. More recently, FBW has sought to bring Fourth and Fifth Streets straight down to the waterfront, creating T-intersections. Then, the pedestrian-friendly Sinatra Drive from Newark to Fourth Streets can be extended directly to the north around Castle Point along with the bike path. As a result, the original dimensions of Hudson Square would be restored and extended further east toward the river.