Urban shade trees are the key to building sustainable, healthy and happy cities

Urban shade trees are the key to building sustainable, healthy and happy cities 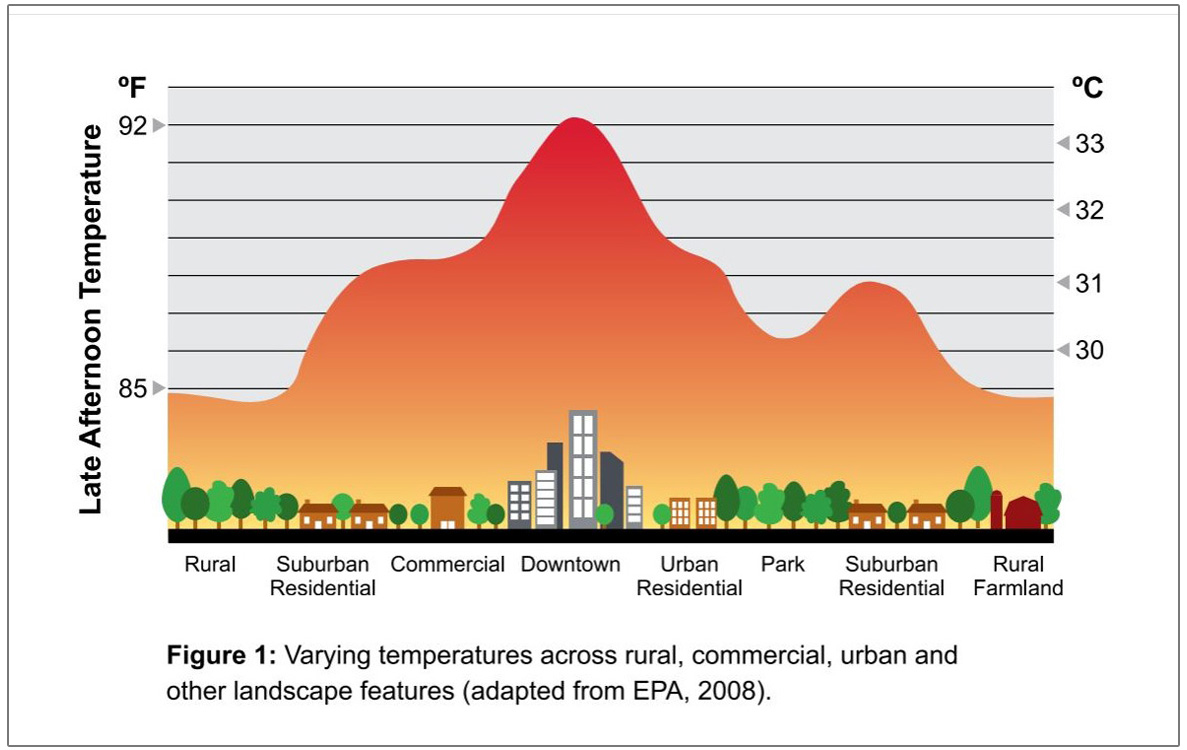 Dense urban areas like Hoboken get hotter than suburban and rural areas. The sun heats up the hard surfaces of the brick, glass, concrete and asphalt. These structures absorb and reflect the heat of the sun during the day and radiate the heat throughout the night. People retreat inside their homes, offices and cars to crank up their air conditioners, emitting yet more hot air outside. This is known as the heat island effect which is exacerbated with larger buildings and fewer parks and shade trees. The extreme temperatures of this summer are setting new records. Since 2005, climate change has resulted in the ten hottest days on record, making the need to address this problem ever more urgent.

A recent research project by a Korean professor studied the relationship between green space and citizen happiness by analyzing data from satellite images of sixty different countries. The analysis focused on cities with the highest population densities. In all the cities, citizen happiness was positively correlated with the area of urban green space. Greater areas of green space were a more important factor than economic growth. An article about this study in the Science Daily stated, “Urban green space, including parks, gardens, and riversides not only provides aesthetic pleasure, but also positively affects our health by promoting physical activity and social interaction.“

Parks and public open space bring people together. Parks are for concerts, recreation, community events and a myriad of other activities that build a sense of community. As more of Hoboken’s waterfront park is built, it ties the community together, providing the opportunity to connect with others enjoying the linear nature of this open space. The many emotional and physical health benefits of parks and open green space is well documented. A number of studies are cited in our article from five years ago, “Public parks provide essential benefits for urban dwellers, especially those in need.” (See link below.)

In Hoboken, the best place to escape the summer heat is at the park along the South Waterfront. Hundreds of closely spaced shade trees planted in the late 1990s now form a dense canopy. In the dog days of summer, these trees block the unrelenting rays of the sun as cooling breezes flow in from the New York Harbor and Hudson River. Extending the rows of shade trees at the South Waterfront to the north, through the central waterfront and completing the missing links in the continuous park at the water’s edge, would make Hoboken a model for riverfront development.