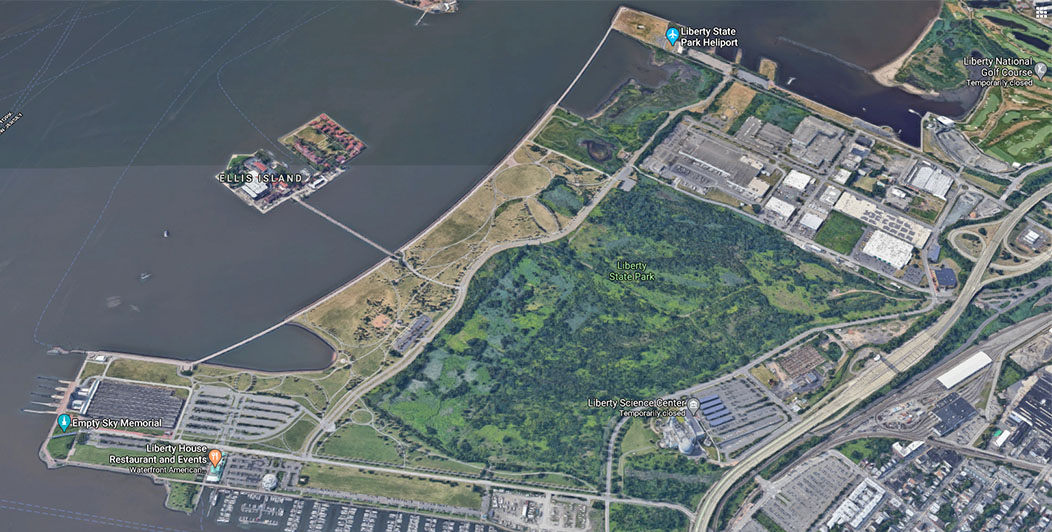 Liberty State Park, 600 acres of much needed public open space in Jersey City, New Jersey, will reopen on May 2

The following articles published this month are but a few that argue persuasively to keep parks and public spaces open during the current coronavirus pandemic:

“Keep the Parks Open – Public green spaces are good for the immune system and the mind–and they can be rationed to allow for social distancing,” by Zaynep Tufekc, associate professor at the University of North Carolina, The Atlantic (April 7, 2020).

“Keep parks open. The benefits of fresh air outweigh the risks of infection,” by Marc Lipsitch and Joseph Allen of Harvard University’s T.H. Chan School of Public Health and William Friedman, the director of the Arnold Arboretum, Washington Post (April 13, 2020).

“Stop shaming people for going outside. The risks are generally low, and the benefits are endless,” by Anna Medaris Miller, senior health reporter, Business Insider (April 25, 2020).

Further evidence is provided by a recent study by four Chinese scientists that examined 318 outbreaks of the Covid-19 that involved three or more cases. Home outbreaks constituted 80% of the cases. The second most prevalent category was transport. Only a single outbreak was associated with an outdoor environment. The study concluded, “The transmission of respiratory infections such as SARS-CoV-2 from the infected to the susceptible is an indoor phenomenon.”

In the U.S., hotspots have been reported in nursing homes, jails, public housing, cruise ships, Navy vessels and other indoor locations where people have been confined in close quarters. The only news reports of outbreaks in outdoor environments occurred in crowded conditions where social distancing and other protocols were not followed such as Mardi Gras in New Orleans, Louisiana, and beach parties in Miami Beach, Florida.

An April 27 editorial in the Newark, New Jersey Star-Ledger pointed out that closing these parks in densely populated urban areas only further crippled the ability of people to social distance. Assemblyman Jay Webber (R-29), a New Jersey legislator representing Morris County, stated that the policy was enacted “based purely on anecdotes and without any data or health science to support that decision.” Governor Murphy claimed that his policies pertaining to the coronavirus pandemic would be guided by data and science but provided none when announcing his decision to close parks.

Today, Gov. Murphy reversed his decision, announcing that parks and golf courses would be reopened on Saturday, May 2. As the weather warms up, other public officials will come under increased pressure to allow more room for being outside in our parks and public spaces.

To do this safely, communities need a plan to avoid the crowding of public spaces at certain times of day, especially where public open space is in short supply. Cities across the country and around the world have supplemented park space with streets, closed to vehicular traffic. The City of New York just adopted a plan that will eventually close off 100 miles of streets to traffic, making more room for pedestrians. Wearing face masks, of course, will make everyone safer. Most governmental authorities have made clear that those who are infected with Covid-19 or at high risk must remain isolated at home.

It is worth noting that infectious-disease expert Anthony Fauci, New York Gov. Andrew Cuomo and other public officials are among those who have stepped outside for a jog during this current pandemic.

The case for keeping parks open — Part I
In Hoboken and across the nation parks close as the coronavirus takes its toll
Public spaces in the time of coronavirus
Public parks provide essential benefits
Making up Hoboken’s open space deficit at the waterfront & how to fund it
Col. Stevens vision for Hoboken still valid 200 years later
Editorial: A Once-in-a-century Opportunity
NJ-APA 2013 Great Places in NJ
Plan for the Hoboken Waterfont
Hoboken’s first parks established in 1804