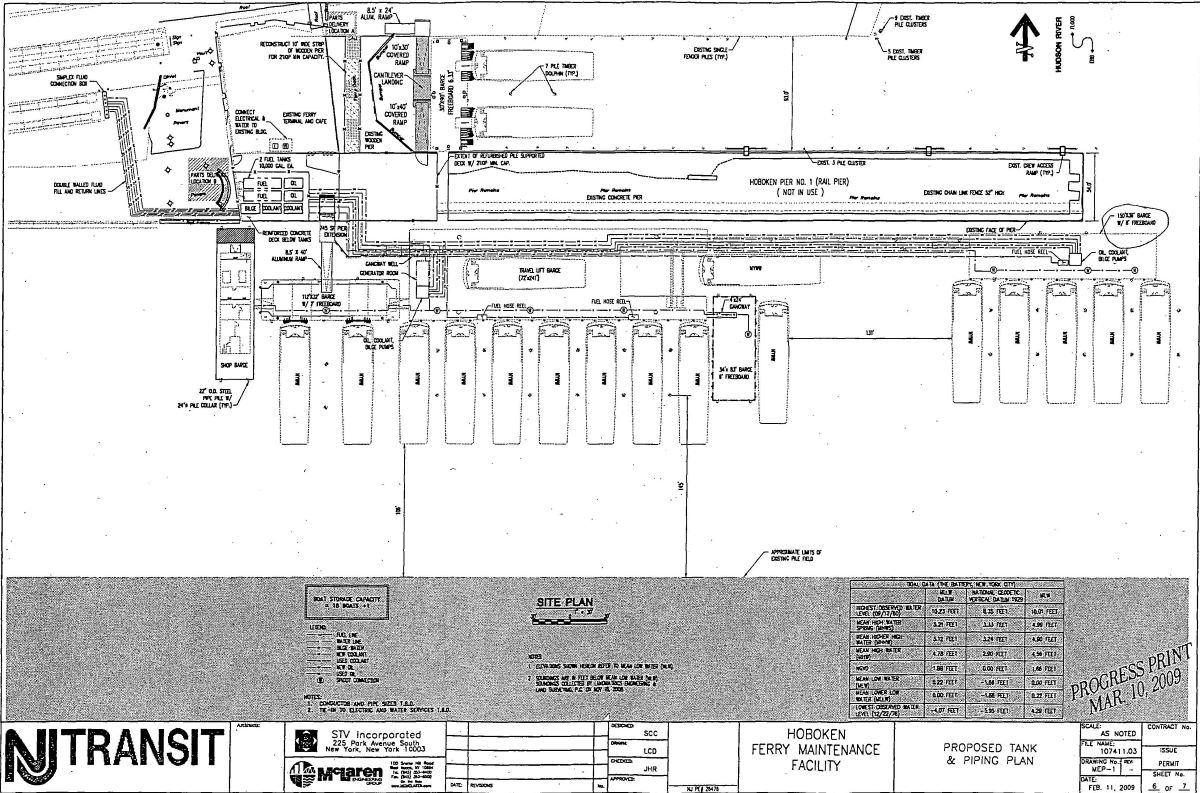 NJ Transit, a public agency, kept local public officials in the dark as it drafted this report while receiving input on a regular basis from NY Waterway and its lobbyists. NJ Transit nowhere mentions the unique qualities of the Hoboken Cove where Union Dry Dock is located and its proximity to recreation, residential and educational uses. The report contains a series of other glaring omissions. Here are the facts:

FACT: The cost of NJ Transit acquiring Union Dry Dock currently stands at $13.1 million. There is no acquisition cost at the 80-acre Hoboken Terminal site that is wholly owned by NJ Transit.

FACT: The $146 million grant includes filling the Long Slip Canal that will provide an additional roadway leading to the Hoboken Terminal South Site from Washington Boulevard in Jersey City. In addition, large capacity tankships deliver diesel fuel to vessels in the New York Harbor, thus eliminating the need for tanker truck deliveries at this site.

FACT: The report disregards the Union Dry Dock Company’s history of dredging. To operate in these shallow waters would require dredging, another multi-million dollar cost, that would be passed along to NJ Transit.

FACT: Over the past several years, NY Waterway repair trucks have used the “brick alley” roadway to access the Hoboken Terminal South Site for repairing its ferries.

The report falsely claims that refueling at the Hoboken Terminal poses a security threat. This ignores the fact that up until recently, NJ Transit has refueled its diesel locomotives at the Hoboken Train Terminal, some 40,000 gallons on a weekly basis. Last March, when the Hoboken Police Chief reached out to the Director of the NJ Office of Homeland Security, he was told there are no current threats for the Hoboken Terminal.

In fact, the NJ Transit report fails to mention or address the long list of concerns that have been raised by the public, elected officials, civic and environmental groups about locating a ferry maintenance/refueling facility at the Union Dry Dock site in the environmentally unique Hoboken Cove. For the past 30 years, at great expense, Hoboken has transformed its waterfront from a gritty industrial port to new residential, commercial and public open space development. Locating the refueling/maintenance facility at Union Dry Dock would create an incompatible, industrial use in the middle of a nearly completed contiguous waterfront park that is much beloved by the public.

In April of last year, after two aborted attempts by NJ Transit to put acquisition of Union Dry Dock on its Board of Directors agenda, Gov. Murphy promised Hoboken officials that the state would undertake a full alternate site analysis. The report prepared for NJ Transit by the NJDOT, WSP* and KPFF Consulting, however, only compared the Bayonne Peninsula (MOTBY) vs. Union Dry Dock. None of the numerous other options were included in their evaluation. They fail to acknowledge that the owner of NY Waterway still owns the 42 acres in Weehawken where the company currently refuels and repairs its ferry fleet. This presentation suffers from many of the same problems in the NJ Transit Report. Both reports were dated August 8, 2019.

On a personal note:
Last May, when NJ Transit’s Executive Director Kevin Corbett came to the Hoboken Terminal to speak with commuters, I had an opportunity to talk to him. I said that the Fund for a Better Waterfront has closely studied the issue of siting a ferry maintenance facility and would like to make a slide presentation to him of our findings. He declined, saying that he was dealing directly with the City of Hoboken. He also mentioned that the NJDOT had hired Parsons Brinckerhoff to do another study.

The next day, when I contacted the chief of staff for Hoboken’s mayor, he informed me that no one from NJ Transit had been in touch with the administration and despite numerous discussions with the Governor’s staff, no one had mentioned another study. Last week, city officials were blindsided when NY Waterway released the NJ Transit and NJDOT reports.