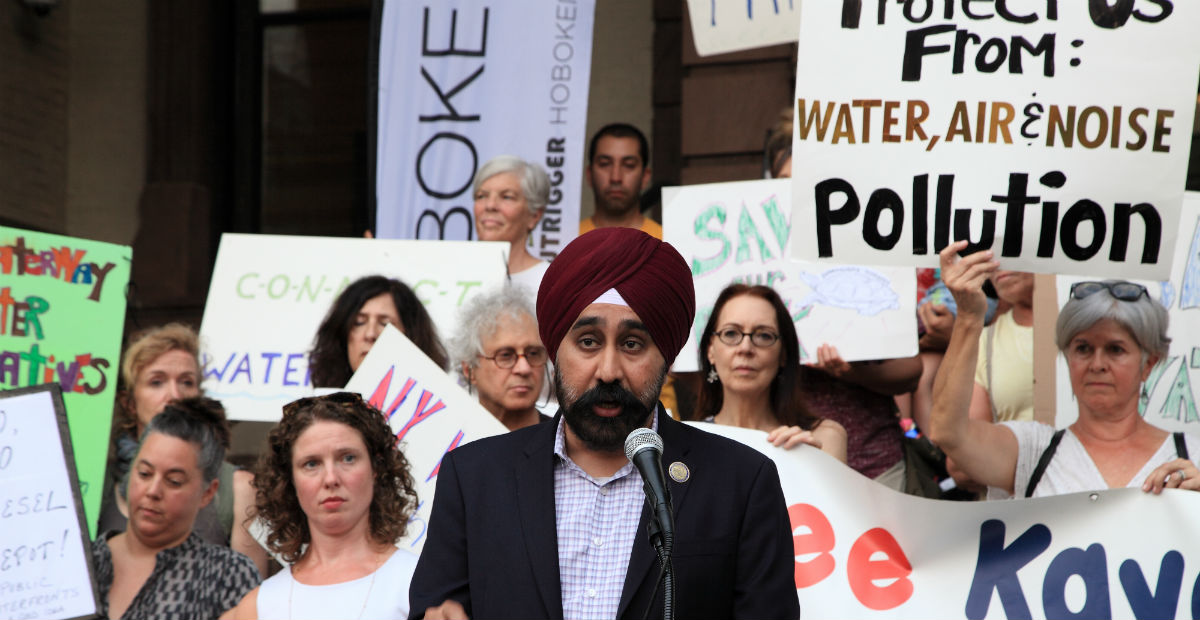 On September 4, the Hoboken City Council unanimously approved an ordinance that aims to acquire the Union Dry Dock site for use as public open space.  Each council member spoke, acknowledging this as a momentous, legacy issue. Here are some of their comments:

Councilman Michael Russo: “We have the ability to create one contiguous waterfront. This is our moment . . . rarely have I had the opportunity to cast such a deciding vote and make a huge difference, not only for the generation now, but for generations to come.” (video)

Councilwoman Tiffanie Fisher: “I am still in awe of the people every day in our community who fought three decades ago for our waterfront and we have Pier A, Pier C and our lower waterfront. They took on the Port Authority and they won. . . This is just our opportunity to continue that.” (video)

Councilwoman Emily Jabbour:  “I do not believe that eminent domain is tantamount to a theft. I believe it is a tool that communities and local governments have in situations precisely like this one so that we can enter an arena to have a conversation with a private company and actually have a shot at ensuring a full, true open waterfront for our community.” (video)

For months, NY Waterway has waged a relentless advertising and media campaign to convince the City of Hoboken to allow them to move their refueling and maintenance operations to the Union Dry Dock property. NY Waterway ran full-page ads in the Hoboken Reporter. A series of letters to the editor echoing NY Waterway’s talking points appeared in the Hudson County View and Jersey Journal. Waterway’s banner ads popped up on media websites stating, “Don’t let Hoboken take our property.” In the end, this campaign failed to win a single vote on the Hoboken City Council nor did it sway Hoboken’s Mayor Ravi Bhalla.

Council members, in their statements, understood clearly that this was a legacy issue that could have a huge impact on the city, either completing the linear public park along the river’s edge that has been in the works for the past 30 years or ending up with an industrial use in the middle of this park that would have a significant negative impact on the existing park. NYWW’s proposed use would bring heavy ferry traffic–up to 80 trips per day–emitting polluting diesel fumes and would put paddlers at serious risk of accidents. The City Council together understood the public health considerations of their decision. Although a majority on the Council are often at loggerheads with Mayor Bhalla and his allies, they stood united on this issue as a matter of public good.

Joe Maraziti (video) of Maraziti & Falcon, the attorney representing the City of Hoboken on this matter, explained that under New Jersey law, the city would not be required to pay for relocating NY Waterway but only to assist in identifying alternate sites. He also noted that since NY Waterway still operates out of its Weehawken location, not at Union Dry Dock, there would be no relocation costs for this business.

Maraziti also explained that the appraisal of the property assumes that the land does not need environmental remediation. He stated that he had no knowledge of the extent of any contamination other than the fact the previous mayor in 2017 had been told by the owners of Union Dry Dock that environmental clean-up issues were minimal. In prior years, several developers negotiating to purchase the property undertook environmental reviews that did not identify any serious environmental problems. Some proponents of NY Waterway have argued that Hoboken taxpayers would be burdened with tens of millions of dollars to clean up the site. Mr. Maraziti explained that depending how the sale was transacted, NY Waterway could be liable for any remediation costs.

Councilwoman Tiffanie Fisher asked Maraziti about NJ Transit stepping in to acquire the site after the City had taken possession. He responded that the NJ Transit Board currently consisted of just three members that did not constitute a quorum. As a result, the Board presently does not have the authority to act on this. For the past five months, the New Jersey State Senate has held up approval of Gov. Murphy’s new appointees to the Board.

Since 2017, NY Waterway had an agreement with NJ Transit to acquire the Union Dry Dock property and lease it back for its ferry maintenance/refueling facility for $100,000 annually. NY Waterway acquired Union Dry Dock in November of 2017 but vigorous protests by the Hoboken community supported by Hoboken Mayor Bhalla and the entire City Council thwarted efforts by NJ Transit to purchase it in January and again in April 2018.

NY Waterway has contended that the dry dock has been a ship repair facility from the beginning. Its history, however, does not bear this out. In 1976, Union Dry Dock purchased this 8.4-acre site (3.15 acres of land and 5.21 under water) for $210,000 from the trustees of Penn Central Railroad that had gone bankrupt six year earlier. Union Dry Dock obtained a waterfront permit in 1982 to begin operations repairing barges, an activity that came to an end when it sold the property to NY Waterway in November 2017. Prior to 1970, the Penn Central Railroad Marine Department operated there. A 1961 photograph shows several piers where a few barges and tugboats were docked and about five buildings on the upland portion.

Two years ago, when Union Dry Dock left, the dry docks were removed. So what remains are several piers not any dry docks that could be put to use by NY Waterway as some have claimed.

Supporters of this ordinance rallied on the steps of City Hall prior to the City Council meeting. “The Rally to Save Your Waterfront” featured Hoboken Mayor Ravi Bhalla, Sam Pesin of Friends of Liberty State Park, Noelle Thurlow of Resilience Paddle Sports, a neighborhood resident Tina Hahn and myself representing the Fund for a Better Waterfront. For the past two years, there have been petitions, rallies, letters and postcard campaigns, mostly aimed at sending a message to Gov. Murphy, to save the Hoboken Cove where Union Dry Dock is located for use as a public park.