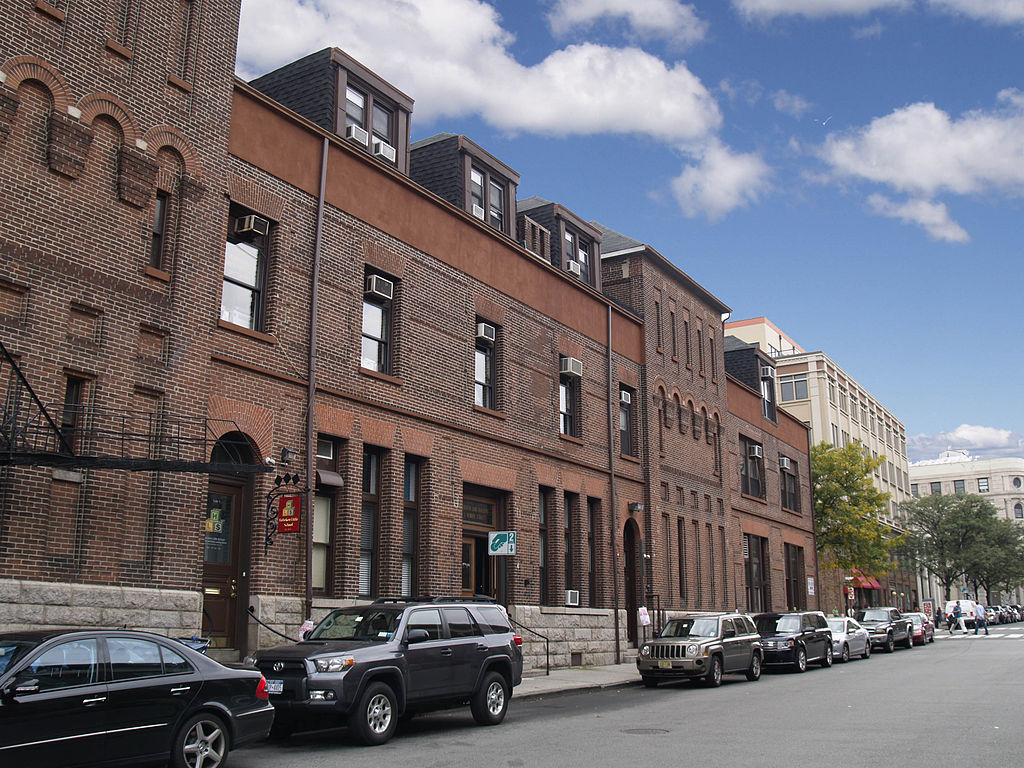 In 1838, the last year of Colonel John Stevens’ life, his family founded the Hoboken Land & Improvement Company to manage and sell his real estate holdings that originally comprised the entire area that would become the city of Hoboken. In 1889, the company constructed the Hoboken Land and Improvement Company Building at 1 Newark Street in Hoboken to house the company’s operations. Architect Charles Fall designed the building, which is noted for its quality brickwork with recessed panels. On July 3, 1979, the Hoboken Land Building was added to the National Register of Historic Places.

On March 19, 2020, Judge Joseph Isabella may have helped save this historic structure by dismissing with prejudice a lawsuit by its owner, Jerry Baker, against the City of Hoboken and KMS Development. Baker, the principal of the Hoboken Land Building, L.P sought to leverage the City with this suit so he could tear down the Land Building and erect a 20 story residential tower.

The same parties were involved in an earlier lawsuit where Judge Anthony D’Elia ruled in favor of the Hoboken Land Building, L.P. The Judge held that $3.485 million in community benefit payments to be made by KMS to the City, the Hoboken Public Education Foundation and charter schools in Hoboken lacked statutory authority under New Jersey law. Judge D’Elia’s decision said that the payments violated public policy as there was no “rational nexus” between the Redevelopment Plan and the payments.

The Hoboken Historical Museum lists the Hoboken Land Building on its “Historic Walking Tour Map” providing additional details about the building:  “The Stevens family requested the central staircase resemble a ferry’s staircase. High up on the south facade (in the shady cobblestone “private” walkway) is a terra cotta clock surrounded by sea motifs and the company’s monogram. The two sets of narrow-gauge railroad tracks on the south side are remnants of Hoboken’s once extensive trolley system.”

The hotel project will preserve the Post Office building, also a historic structure, and upgrade its facilities to ensure its future operations. The hotel will face the waterfront, completing the last unfinished portion of the Hoboken South Waterfront Redevelopment Area that was approved in the 1990s and has received numerous awards for the beautifully landscaped public park that extends from Newark Street up to Fourth Street.