As shopping malls and theme parks replace town squares, our democracy is diminished


The street. It is the river of life of the city, the place where we come together, the pathway to the center. It is the primary place. – William H. Whyte, City: Rediscovering the Center

Urban streets and sidewalks serve as the principle place of public contact and public passage. Streets, in fact, comprise the largest assemblage of public space in our cities. Every private lot is accessible from a street, the legally designated public right-of-way. When extended to the water’s edge, streets provide the very framework for public access to the waterfront. Streets are perceived as public. Our right to travel the street, whether by foot or bike or car, is indelibly etched in our consciousness.

When municipalities fail to extend their public street system to undeveloped land, private developers typically have claimed all of the land for their own use. As the planning process has become increasingly privatized, we see more gated private communities and private streets. Fences, guardhouses and gated entrances mark an abrupt end to the public rights-of-way, leading instead to the private entrance of an exclusive community.

The recent development of New Jersey’s gold coast, the formerly industrial Hudson River waterfront, comprise examples of the good, the bad and the ugly. Most of the municipalities abandoned their planning prerogatives by failing to map the public streets. As a result, developers took the initiative. Private enclaves became the norm in Edgewater, New Jersey, thus making it difficult to access the state-mandated public riverfront walk. In Jersey City, large commercial and residential developments hug the water’s edge, leaving no clear separation between the “public” waterfront walkway and the private projects. Hoboken, New Jersey became the exception where the public street system extends to the riverfront park at the water’s edge. Thus, the waterfront park becomes clearly delineated and recognized as a public space. The extended street system ensures full public access to this park.

In addition to problems with public access, Margaret Kohn describes the threat to democracy and freedom of speech in her book, Brave New Neighborhoods: The Privatization of Public Space (2004). As malls replace town centers and developers create open space that is privately owned and controlled, Ms. Kohn demonstrates how this privatization results in restrictions on political expression. Gated communities, privately owned plazas and malls operate outside of democratic politics. She begin her book with this story:

On March 3, 2003, a lawyer named Stephen Downs was arrested for trespassing at the Crossgate Mall in Guilderland, New York, a small town near Albany. He did not sneak into the mall after hours or enter some “employees only” part of the property. He was arrested for wearing a T-shirt that he purchased at the mall with the slogan “Give Peace a Chance.” On the eve of the war with Iraq, the message was too political for the mall. Security guards ordered Downs to either take off the T-shirt or leave the premises. When he refused, they summoned local police and he was taken away in handcuffs. This was not an isolated incident. Although the charges were later dropped after a local protest and international uproar, the management did not change its official policy against political expression on mall property. 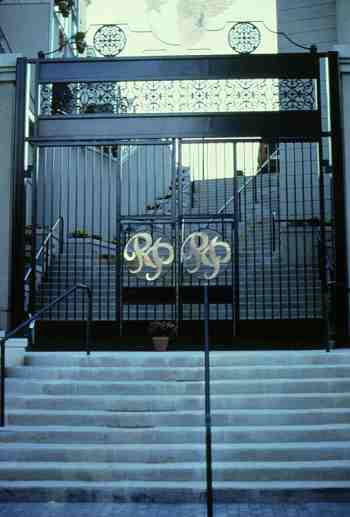 Kohn stresses that public sidewalks and streets are places “where citizens gather signatures for ballot initiatives, workers publicize their grievances, and church groups distribute Bibles . . .Our commitment to free speech requires us to reconsider the spatial practices that can either enhance or inhibit that freedom.”

As shopping malls and theme parks replace town squares, the city that comprises people from all walks of life and is accessible to all is at risk. When plazas are intended to be open to the public but are privately owned and controlled, they rarely succeed as truly public spaces. This is an issue that our planners and city leaders must be acutely aware of, to ensure that our streets and squares and open spaces remain truly public. Relinquishing control of these spaces to private interests diminishes the very public nature of our communities.

Privately owned public space also known as POPS has had a history of failures. New York City’s plaza bonus program created in 1961 provided greater densities for buildings that created plazas open to the public. In the years that followed, the private owners erected barriers and removed benches to inhibit the public from using these spaces. As owners and circumstances changed the agreements made became a distant memory and are no longer enforced.

Will Pier 13 bring bad luck for public access?
The Public Trust Doctrine
Public vs. Private
Privatizing the Planning Process
What do Zucotti Park and Hudson River Walkway have in common?
Meet Me at the Plaza by Jerold Kayden
Shipyard’s plan to privatize pier