William H. Whyte on what makes public spaces fail & what makes them succeed

William H. Whyte on what makes public spaces fail & what makes them succeed 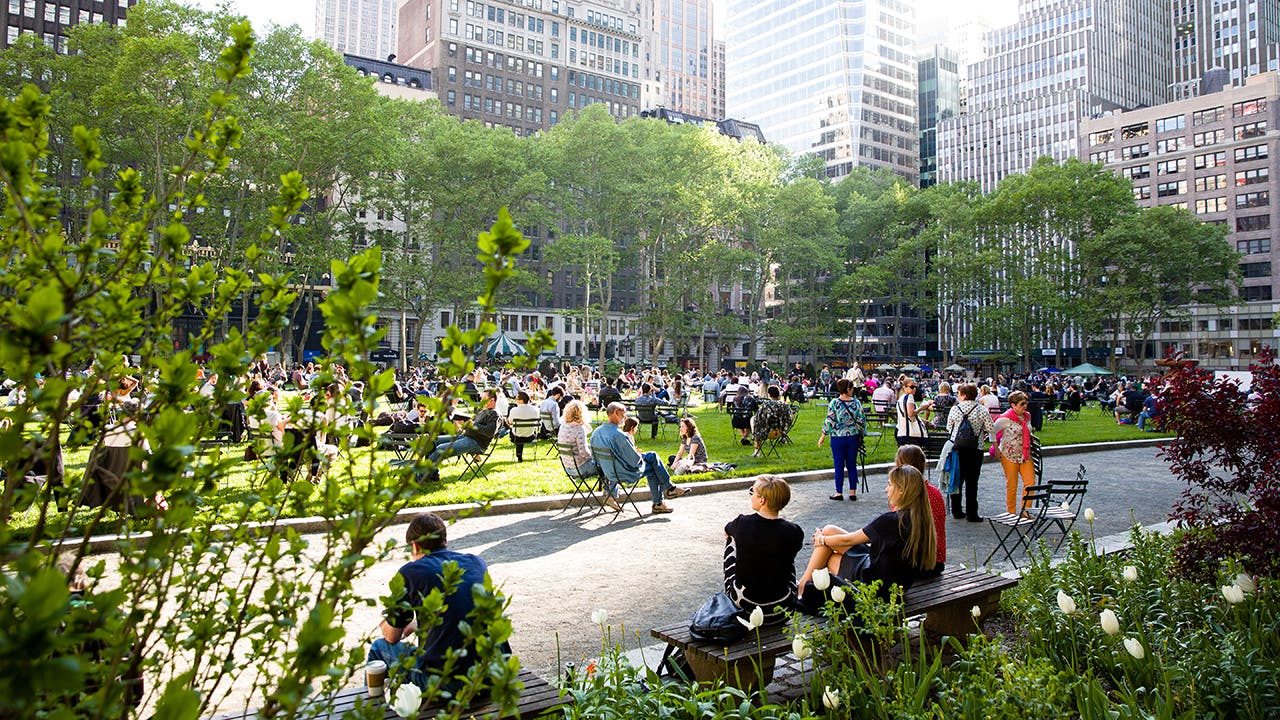 In the 1980s Bryant Park was redesigned following the recommendations of the Street Life Project.

Given the fact that the Municipal Art Society released the remarkable study entitled The Social Life of Small Urban Spaces in 1979, this film review is somewhat late. The clothing and hairstyles of the people featured in the film may seem dated, but the ideas put forth by William H. Whyte, a pioneer in the study of human behavior in urban settings, are far from passé. For any student of urbanism, it is required viewing.

The film grew out of the Street Life Project and Whyte’s earlier work for the New York City Planning Commission, which sought to determine why some urban plazas were successful as public spaces while others were not. Narrated by Whyte with wry humor and a keen and observant eye, the film begins at the plaza of the iconic Seagram Building completed in 1958. The success of this plaza became the basis for the New York City zoning provisions that provided for greater density for office buildings in exchange for the building of “public” plazas. Although most of the plazas built under these 1961 zoning regulations failed as public spaces, the Seagram Plaza bucked the trend and Whyte and his team of researchers wanted to find out why.

The Street Life Project observed and analyzed the interactions and behaviors of people at this and other plazas. A number of key factors were identified for plazas that succeeded as popular gathering spots. First on this list was an abundance of inviting places to sit and relax. Benches, movable chairs, ledges and steps could all provide hospitable seating. Plazas that were devoid of life and activity did not provide such seating. In fact, some private owners of these plazas went out of their way to deter people from sitting altogether by placing spikes on surfaces, designing planters too high for sitting or simply providing no seating at all.

At the end of the film, Whyte stated, “The street is the river of life of the city. They come to these places not to escape but to partake of it.” In fact, the relationship between the street and a plaza is another key element to its success (or failure). As a result of this study, Whyte recommended to the Planning Commission that the zoning regulations limit plazas to no more than three feet above or three feet below street level to allow for visibility and easy access. Typically, plazas that were a full level below the street or one or more stories above street level tended to be vacant spaces that attracted few visitors. The street, of course, is the means of egress to a public plaza or park.

The street is the river of life of the city. They come to these places not to escape but to partake of it.

Their study found that tree canopies, water features, sculptures and food vendors all played a role in attracting people to urban plazas and parks. The study concluded that the greater the number of these key features, the more people gravitated to these public spaces. And in the words of William H. Whyte: “What attracts people most, it would appear, is other people.” These popular gathering spots are where people have voted with their feet.

Failed projects cited in the film included places where streets faced blank walls and were devoid of shops, windows or doors. For example, Houston, Texas is complete with streets designed primarily for cars, without much consideration for pedestrian traffic. Reaching a critical mass is also important in attracting people to public spaces. Less densely populated cities need to concentrate their public spaces in order to generate activity.

One of the examples the film described as an unsafe space was New York City’s Bryant Park adjacent to the New York Public Library on Fifth Avenue between 41st & 42nd Streets. This eight-acre park was elevated to accommodate the library stacks below and surrounded by a high hedge. The interior of the park space was not visible from the street and thus became a haven for drug dealing and derelicts. Based on the recommendations of the Street Life Project, Bryant Park was redesigned and rebuilt in the 1980s opening up the entrances from the street, taking down the hedge and adding more benches and gardens at the perimeter of the interior lawn. Today, Bryant Park is full of life and activity with more than 1,000 movable chairs plus several food kiosks and an active program of events and entertainment.

In 1965, Whyte wrote The Organization Man, a best-selling book about corporate culture and the suburban middle class. After this classic book, Whyte focused on the issues of urban sprawl and urban revitalization. As reflected in the film, Whyte demonstrated how social life in public spaces plays such a critical role in the quality of life for those who live in urban areas.

Whyte’s 1980 book shared the same title as the film: The Social Life of Small Urban Spaces in which he wrote:

I end then in praise of small spaces. The multiplier effect is tremendous. It is not just the number of people using them, but the larger number who pass by and enjoy them vicariously, or even the larger number who feel better about the city center for knowledge of them. For a city, such places are priceless, whatever the cost. They are built of a set of basics and they are right in front of our noses. If we will look.

The book describes cities as inherently messy places, but the human interaction and commerce that takes place on the street cultivates an inviting, engaging environment unlike the bland, car-dominated milieu of the suburbs.

The Social Life of Small Urban Spaces
Public vs. Private
Privatizing the Planning Process
Streetscapes: Dead or Alive?
What do Zuccotti Park and the Hudson River Walkway have in common?
Meet me at the Plaza by Jerold Kayden
Roots over the river (June 2001)