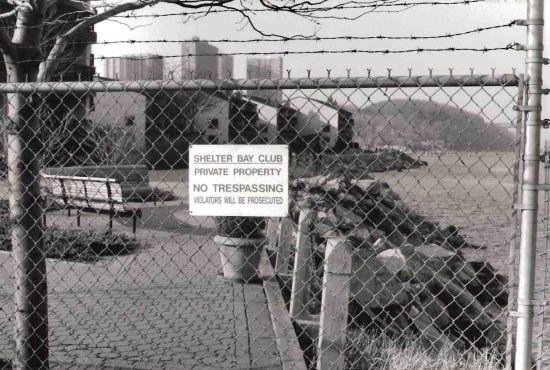 The Shelter Bay Club condo association in Edgewater, NJ fenced off the public walkway until years of litigation by NJDEP forced then to remove the barrier.

The measure of success for a waterfront is that it unquestionably feels public. When at the water’s edge, there should be no question that you are in a public space – a public park. This public vs. private dynamic has played out dramatically along the Hudson River Waterfront.

Where municipalities along the Hudson River Waterfront failed to map the public street system, developers built private enclaves right at the water’s edge — complete with guardhouses, fences and gates. Although the State of New Jersey requires developers to build their portion of the Hudson River Waterfront Walkway, it is often hidden behind gates, difficult to get to, and does not feel like a public park.