In 1990, a City of Hoboken/Port Authority proposal called for a 33-story, 1.2 million square-foot office complex on Pier A and a series of 16-story towers along the waterfront. Hoboken’s voters resoundingly rejected this plan, believing that it contradicted the City’s human scale and turn-of-the-century ambience, and that it would literally wall off the waterfront from the rest of the town.

Hoboken debated many aspects of the waterfront proposal, including appropriate buildings height and density. FBW’s plan drew from Hoboken’s existing character, calling for blocks with many smaller buildings – 8 stories or less – rather than one massive waterfront block. As recommended by planners, FBW’s Plan for the Hoboken Waterfront considered the context of the existing community, and proposed extending the city’s character and fabric – as reflected in the street grid – all the way to the waterfront.

However, influential developers lobbied hard for bigger, taller buildings; today, most developments along Hoboken’s waterfront are monolithic structures with one or two buildings per lot. 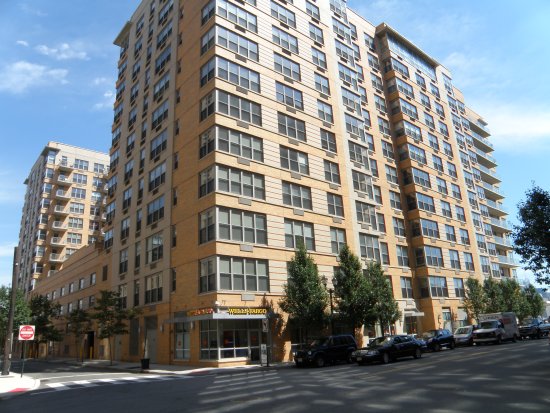 Much of the new development at Hoboken’s waterfront has tended to be massive, monolithic structures filling entire blocks.