Superstorm Sandy sent shockwaves through coastal communities in the region concerning the dangers of building too close to the shore. Last December, the City of Hoboken responded appropriately by amending its Flood Damage Ordinance and the corresponding section of its Zoning Ordinance to conform to state and federal flood control standards. Last year’s long overdue update to FEMA’s flood maps puts Hoboken’s entire coastline, including all piers and platforms over the Hudson River, within the “Coastal High Hazard Zone.” This is the zone FEMA designates as most at risk to flooding, thus requiring the strictest standards of protection to minimize risk both to people and property.

Hoboken’s amended ordinances prohibit building beyond the high tide line over the Hudson River. Any new construction in the Coastal High Hazard Zone would also need to be elevated two feet above the base flood elevation for a 100-year flood and allow flood waters and waves to flow freely underneath the building. Shipyard Associates current application for building the Monarch Towers, two high-rise residential structures on a Hudson River pier, does not comply with these new standards.

Undaunted, on February 25, 2014, the Shipyard developers, brothers David and Michael Barry, filed suit in an attempt to overturn Hoboken’s newly amended ordinances. The complaint was filed in United States District Court in Newark, New Jersey. Since the Shipyard Associates first proposed to build these residential towers on a pier as part of the Shipyard development at Hoboken’s north waterfront, some three years ago, the project has been steeped in controversy and subject to various appeals and lawsuits. The project has been opposed by the Hoboken Mayor and City Council, neighboring residents and the Fund for a Better Waterfront.

In 2011, the Shipyard developers completed the final units of an 1160-unit residential project that the Hoboken Planning Board approved in 1997. The site covers 9 acres on prime waterfront real estate in north Hoboken. The Planning Board’s 1997 site plan approval required the Shipyard Associates to build open space, including tennis courts, a tennis pavilion and a portion of the Hudson River Waterfront Walkway on the final parcel, Development Block G, once the final units were completed. The developers also signed an agreement with the City of Hoboken that included this commitment to build the open space.

In 2011, brothers David and Michael Barry, the principals of the Shipyard Associates, reneged on their commitment to build the open space and instead proposed to build two 11-story towers, a total of 78 units on Development Block G. About two-thirds of this final parcel is a pier that sits over the Hudson River at the Weehawken Cove.

The City of Hoboken, the Hudson Tea Building Condo Association and the Fund for a Better Waterfront have all challenged the waterfront permit granted by the New Jersey Department of Environmental Protection for this project. The same three parties also went into court to enforce the developer’s agreement. 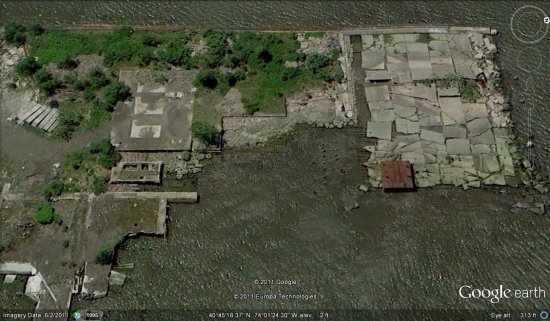 The Hoboken Planning Board and the Hudson County Planning Board both denied the Monarch development application. All of these cases are now tied up in litigation as is an automatic approval for the project recently granted by a lower court judge.

Up to this point, the various court challenges have ended up in Hudson County Superior Court. The developer has prevailed in decisions by two of these lower court judges. The City has appealed these rulings. Going to federal court certainly takes the case to a whole new level, especially since both state and federal flood standards are at issue.

After Superstorm Sandy, there have been many efforts to keep people out of harm’s way for future storm events. Last August, New Jersey Governor Chris Christie vetoed a bill that would have permitted the construction of multi-family residential, hotels and motels on piers in FEMA’s Coastal High Hazard Zone along the Hudson River. New York Governor Andrew Cuomo established a $400 million program to acquire coastal lands and buyout at-risk homeowners thus avoiding the hazard and cost of future storms. The newly amended Hoboken ordinances serve the same purpose.